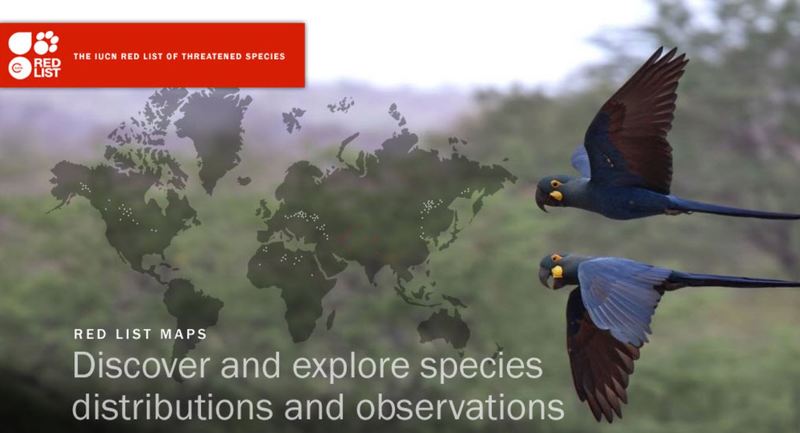 The IUCN Red List of Threatened Species™ contains global assessments for 112,432 species. More than 78% of these (>88,500 species) have spatial data.

The spatial data provided below are for comprehensively assessed taxonomic groups and selected freshwater groups. It is important to note that some species (such as those listed as Data Deficient) are not mapped and subspecies, varieties and subpopulations are mapped within the parental species. The data are made available in Esri shapefile format and contain the known range of each species, although sometimes the range is incomplete. Ranges are depicted as polygons, except for the freshwater HydroBASIN tables. The shapefiles contain taxonomic information, distribution status, IUCN Red List Category, sources and other details about the maps (see metadata document).

Please note that the files are large and download times can be quite lengthy.

For ease of distribution and downloading, the data are divided by taxonomic groups. Groups that have been comprehensively assessed are those containing >80% species evaluated within the described taxon group.

1. Freshwater Polygon Groups: These groups comprise of dissolved species distributions of the HydroBASIN ranges (these generalised or aggregated species ranges are provided for compatibility between the other spatial taxon downloads and reducing the size of the files).

The data are made freely available for non-commercial use, to help inform conservation planning and other non-commercial decision-making processes (see Terms and Conditions of Use).

For commercial use of the data, visit IBAT for Business.

For more information about the assessment process, see Red List Assessment Process. Please note that unfortunately, we cannot provide technical support for use of the data in analyses or general GIS support.