The rasters available on this page are based on the raw IUCN ranges (version 2017-3) for amphibians, birds and mammals. As the species ranges have not been refined by altitude and landcover (i.e. Area of Habitat, AOH), there may be a fair amount of unsuitable habitat in the raw ranges, resulting in errors of commission.

The data is biased towards vertebrates as these are currently the terrestrial taxonomic groups that have been comprehensively assessed and for which we have polygon maps. The analyses are only relevant for terrestrial areas, as marine areas will only be represented by birds and mammals.

The raster resolution is about 5 km at the equator.

The raw IUCN ranges have been rasterised and summed across all species to show the number of species potentially occuring in each pixel.

All assessed species of amphibians, birds and mammals (all Red List Categories) 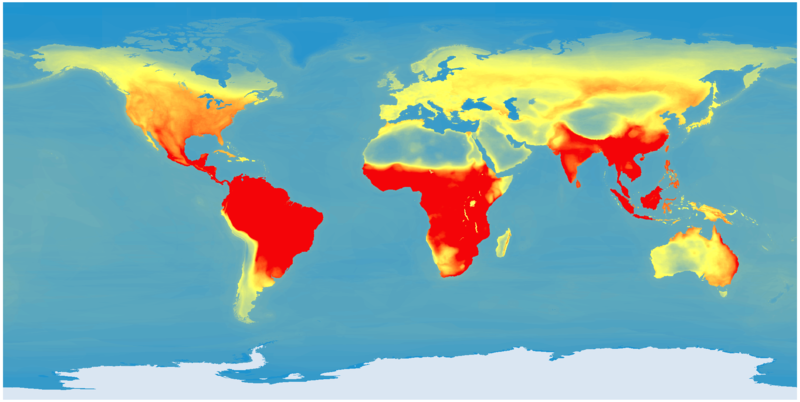 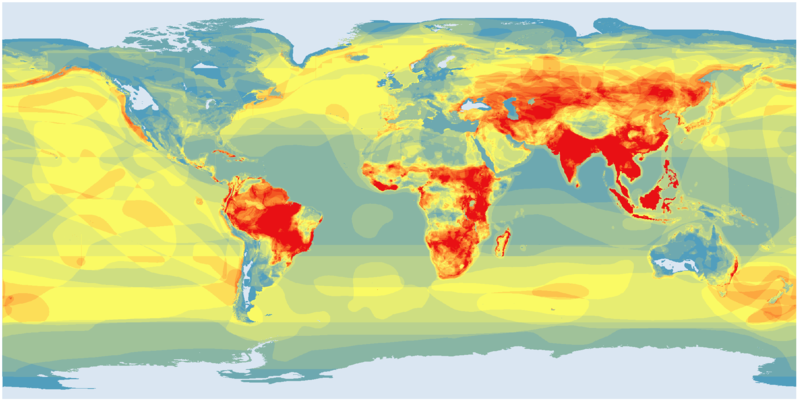 Range-size rarity is calculated from the area of the pixel divided by the area of the range for each species, i.e. the proportion of the species' range contained within the given pixel. These values are summed across all species to show the aggregate importance of each pixel to the species occuring there.

Calculations were applied at the species-season level. In otherwords, where a species has more than one seasonality recorded, the range for each seasonality coded is treated as a separate 'range' in the analysis. This is mostly applicable to birds and some migratory mammals, as each seasonal range could house a globally relevant aggregation of a given species.

All assessed species of amphibians, birds and mammals (all Red List Categories) 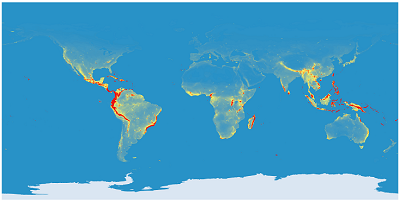 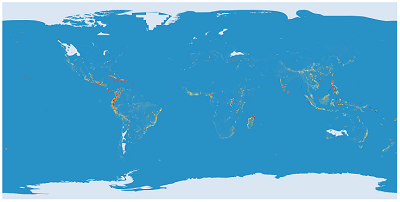 The selection was limited to species with:

The raster is at 5 km resolution at the equator.

These datasets were put together with the help of UN Environment Programme World Conservation Monitoring Centre.