The number of species listed in each IUCN Red List Category change over time because:

All of the statistics presented in the summary tables are for species only (i.e., they do not include subspecies, varieties or geographically isolated subpopulations or stocks). More detailed analyses of specific taxonomic groups and the results of regional assessment projects can be found in the Resources & Publications section or in the regional pages for Europe, the Mediterranean, the Gulf of Mexico, and the Persian Gulf.

In order to monitor the changing status of biodiversity, it is essential to reassess species periodically. This reassessment may result in species moving into a different Red List Category for non-genuine or genuine reasons: 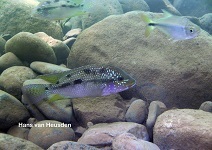 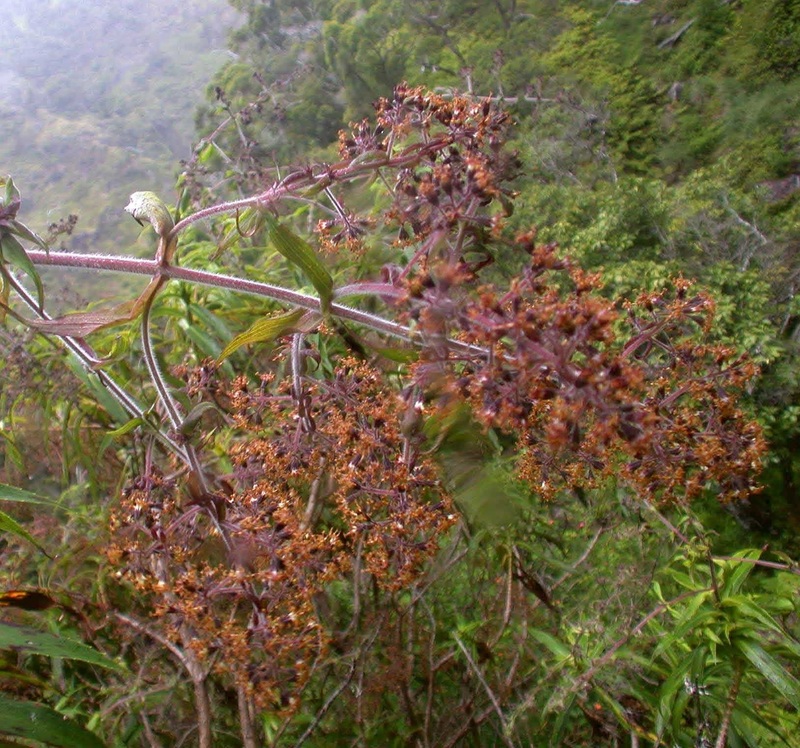 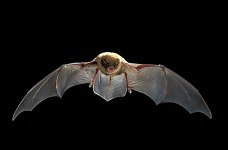 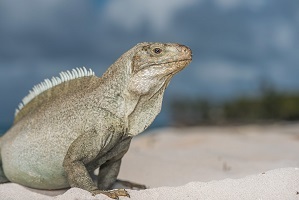 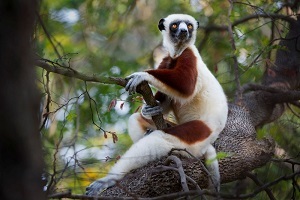 IUCN relies on research by scientists working around the world to make new and better species information available to allow Red List assessments to be updated and refined. All reassessments on The IUCN Red List include a record of the reasons for any change in Red List Category, and this allows us to identify which species are genuinely improving or deteriorating in status. Data for species that are genuinely changing status are used to calculate the Red List Index (RLI).

Table 7 shows the list of species that have changed category, along with the reasons for these changes.

In addition to species changing status, The IUCN Red List grows larger with each update as newly described species and species from the less well-known groups are assessed for the first time (Figure 1). IUCN and its partners are working to expand the number of taxonomic groups that have full and complete Red List assessments in order to improve our knowledge of the status of the world's biodiversity; see the Barometer of Life page for more information about this work. 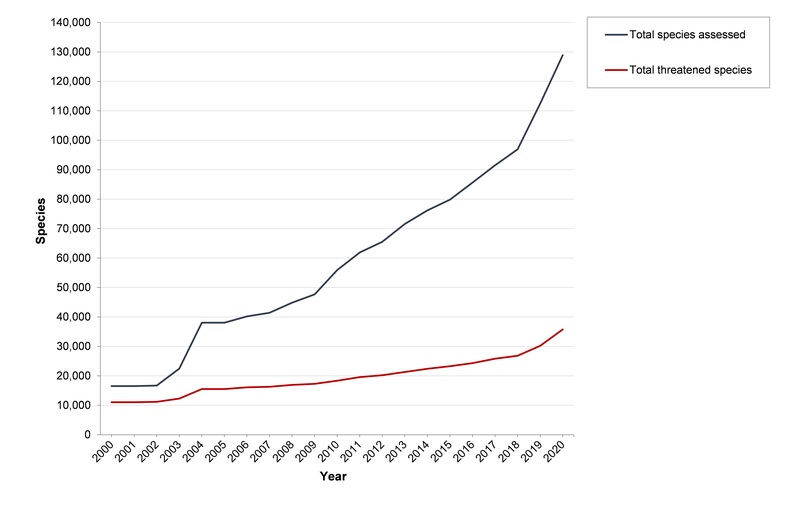 Not all taxonomic groups have been completely assessed (see Table 1 and Figure 2). It is very important to consider this when looking at the numbers of species in each Red List Category and the proportions of threatened species within each group; although The IUCN Red List gives a good snapshot of the current status of species, it should not be interpreted as a full and complete assessment of the world's biodiversity. For more information the work underway to expand taxonomic coverage on The IUCN Red List, see the Barometer of Life page.

How many species are threatened?

Species assessed as Critically Endangered (CR), Endangered (EN), or Vulnerable (VU) are referred to as "threatened" species. Reporting the proportion of threatened species on The IUCN Red List is complicated because:

For many of the incompletely evaluated groups, assessment efforts have focused on those species that are likely to be threatened; therefore any percentage of threatened species reported for these groups would be heavily biased (i.e., the % threatened species would likely be an overestimate).

To account for the issues raised above, proportion of threatened species is only reported for the more completely evaluated groups (i.e., >80% of species have been evaluated). Also, the reported percentage of threatened species for each group is presented as a best estimate within a range of possible values bounded by lower and upper estimates:

Note that since extinction risk has been evaluated for less than 5% of the world's described species (see Table 1), IUCN cannot provide a precise estimate for how many of the planet's species are threatened. However, overall figures for numbers of species currently assessed in each Red List Category, along with an indication of which groups have been more comprehensively evaluated, can be found in the Summary Statistics Tables.

An overview of proportions of threatened species within each of the more comprehensively assessed groups is shown in Figure 2. Note that this bar chart groups comprehensively assessed groups of species into classes, with the exception of reef-forming corals (which is an ecosystem-based group that includes species from two separate classes: Anthozoa and Hydrozoa). The intention of this Figure is to present a summary of assessments for groups that have been comprehensively evaluated through the various projects carried out by IUCN, IUCN SSC Specialist Groups, and IUCN Red List Partners. Only groups containing at least 150 species are shown in Figure 2. 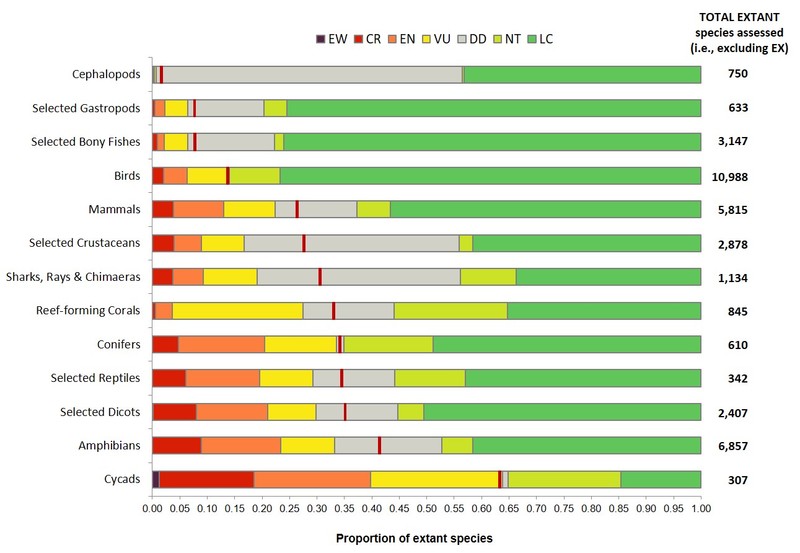 Tables 1 & 2: Threatened species in past and present IUCN Red Lists

Tables 1 and 2 are currently available as PDF documents only.

Tables 3 and 4 are organized by taxonomic group. These should be used to see, for example, the numbers of globally threatened mammals, birds and amphibians (Table 4 is an expanded version of Table 3).

These tables include number of species tagged as 'Possibly Extinct' (CR(PE)) and 'Possibly Extinct in the Wild' (CR(PEW)). These figures are included to give an upper estimate for total number of recently extinct species on The IUCN Red List. Combining the total numbers of EX and EW species gives the total number of actual extinctions recorded (since 1500 AD); when CR(PE) and CR(PEW) species are also included, the resulting figure is an estimate of number of recent extinctions when uncertainty is taken into account.

Tables 3 and 4 are interactive. Each column can be ordered (descending or ascending), and the numbers include links to search results on the website showing the lists of species represented in the tables.

Tables 5 and 6 are organized by country. These should be used to see, for example, number of globally threatened mammals or the numbers of Critically Endangered species occurring within a specific country.

Important note: the figures presented in Tables 5 and 6 differ from the default setting for country searches on the website. The default search includes ALL occurrences within each country (i.e., including introduced species, vagrant records, etc.). To modify country searches on the website to match the tables below, use the Country Legends filters on the Advanced Search page to show species tagged as 'Extant', 'Extant & Reintroduced', 'Extinct', 'Extinct & Reintroduced', 'Possibly Extinct', and 'Possibly Extinct & Reintroduced'.

For wide-ranging marine species, country records are provided in assessments only where data are available for this. These records are also included in Tables 5 and 6.

Tables 5 and 6 are interactive. Each column can be ordered (descending or ascending), and the numbers include links to search results on the website showing the lists of species represented in the tables.

Table 7 is organized by taxonomic group. This table should be used to check which species have changed Red List status since the previous Red List update and the main reason for the status change. Table 7 is provided here for the current Red List and for previous Red Lists (dating back to 2007).

Important Note: Table 7 is provided only to summarize the reasons for species changing category between one Red List update and the next. This table should not be used to calculate a Red List Index (RLI); for this it is necessary to analyse the underlying Red List data to identify genuine status changes between specific years for specific taxonomic groups. See the Red List Index page for more information about RLIs.

Table 7 is currently available as PDF documents only.

Table 8 is similar to the country tables (Tables 5 and 6), but focus on endemic species only (i.e., species occurring naturally within one country only). This table only presents figures for the more comprehensively assessed species groups (i.e., where >80% of the species in the group have been assessed). Table 8 should be used to check, for example the total number of endemic mammals and number of threatened endemic mammals within a specific country.

Tables 8a, b and c are currently available as PDF documents only.

Important note: the figures presented in Table 9 are for species only; all subspecies, varieties and subpopulations flagged as 'Possibly Extinct' (PE) or 'Possibly Extinct in the Wild' (PEW) are excluded. The IUCN Red List website also allows users to search for assessments flagged as PE and PEW (click here for the search results). Please note that the results from that search include all taxa (i.e., all species, subspecies, varieties and subpopulations that are flagged as PE or PEW).

Table 9 is currently available as a PDF document only.